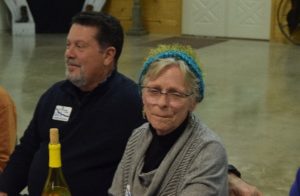 The wagon masters were the Dieterichs, Lickvar & Mudgetts.    Unfortunately, the Dieterich’s had to cancel. However, many members stepped up to help with various chores in and around the kitchen.  The visiting Thompsons volunteered to help out. Daryl performed as the mixologist and John Lickvar manned the coffee brewing station for the early morning risers.  David did an unsung hero job of pealing, slicing, and chopping onions.  Ruth stepped in to fry the eggs when this writer admitted no experience with an electric range. Gail pitched with all kinds of kitchen duties. 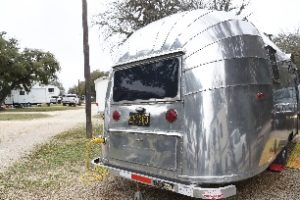 We were treated to the assembling of Sisters on the Fly at Skyline.  There were approximately 70 sites reserved for the Ladies.  There was a mix of vintage trailers, a 1956 Airstream was the oldest to a late model class B. 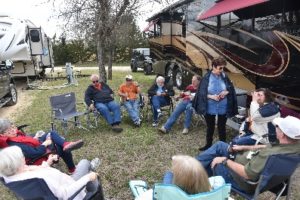 Due to the pleasant weather, many gathered around the coaches during the rally. 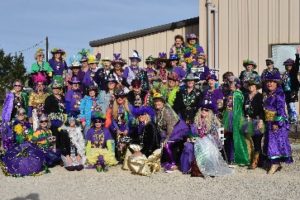 Bandera was the site of many Mardi Gras events, to include a parade on Saturday morning. Along with many Travelers and the Sisters on the Fly there was an estimate of 15,000 people who enjoyed the parade and other festivities.  The ladies made their presence known to the entire community:

Some earlier arrivals headed to the 11th Street Bar on Wednesday to grill up some good eats. 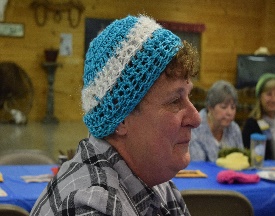 The first evening of the rally found the Travelers gathering at the clubhouse to enjoy conversation and Chicken Salad sandwiches. Prior to heading back to their respective casas each member selected a handmade crocheted hat.

Friday was designated Mexican food day along with Mariachis for the evening entertainment.  For the first meal of the day we had chilaquiles Tacos. The James made a special appearance for Friday morning breakfast before heading out to other locations. The evening meal was Rose’s version of thrown together enchiladas. 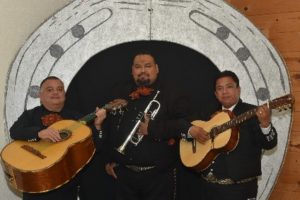 The live Music was by The Mariachi Group of San Antonio.  Fabian was a master story teller by explaining some of the history of the music and the various forms and styles of mariachi music. 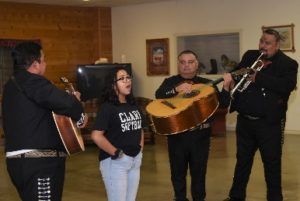 We had a special treat as Fabian’s daughter, Alyssa sang a couple of songs for the audience.

Along with the morning tradition of Blood Mary’s, Mimosas, and coffee the masses enjoyed Jimmy Dean’s breakfast sandwiches. 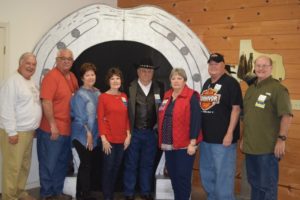 After breakfast there was a short business meeting followed by a meeting of the 30th Anniversary Celebration Committee. Members Jay Maust, Daryl & Margie Waldrop, Peggy & Dan Cervenka, Hans Liebe, and Dan Wight.  Many thanks to Jay & the Cervenka’s who drove in for the meeting.

The last event began with the meet and greet followed Beef brisket and sides.